We slept in, much later than we expected. Although we intended on keeping our early to bed, early to rise routine, I turned my 7:30a alarm off and suddenly it was 11:30a! We spent the early afternoon exploring a bit of the island, went down several dirt roads along the coast and drove along the water's edge for quite a while. 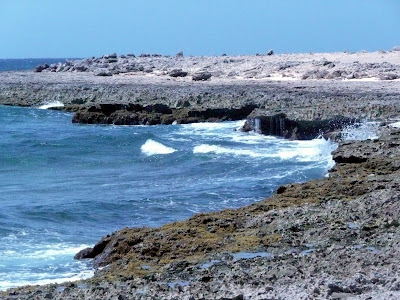 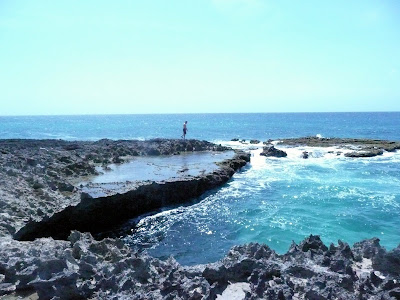 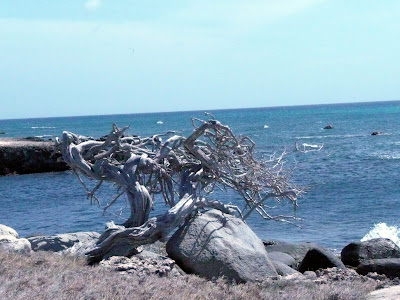 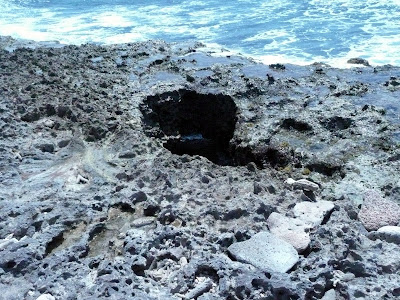 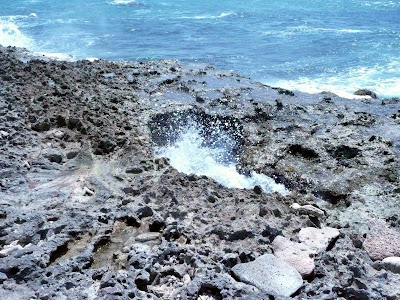 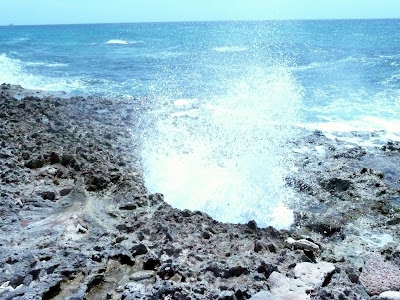 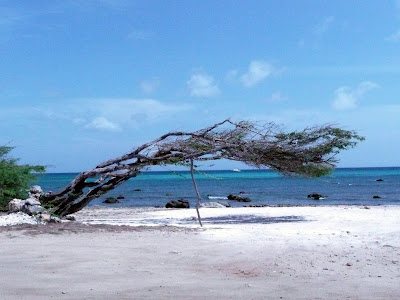 In spots the coast was rocky and wild, big surf and carved weathered beach. In one place the beach was ALL coral pieces instead of sand, bleached white by the sun. It was very musical stepping down closer to the water it sounded like chimes as DearHusband walked down ahead of me. Footing was tricky as the fingers of coral tended to roll and shift as we stepped on them. It was very charming, almost a magical sound. 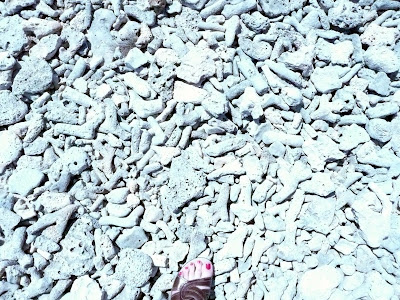 We went to the famed California lighthouse, nice view from there. There was an expensive restaurant up there, along with a vendor selling shaved ice. Much welcome shaved ice. It was hot! 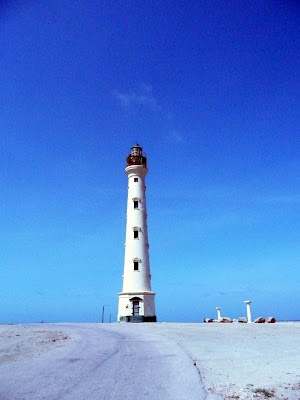 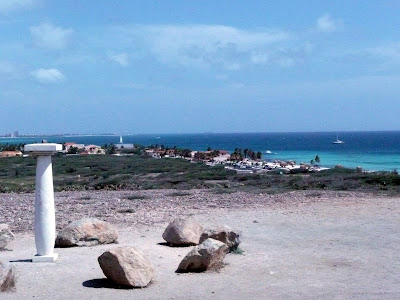 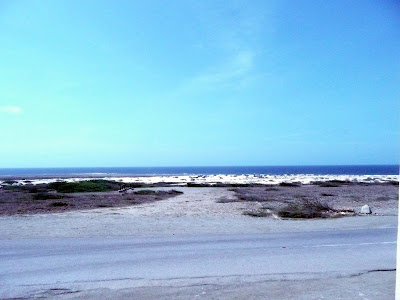 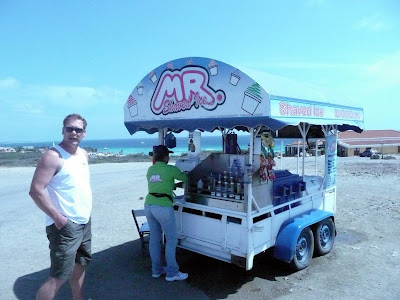 The scenery wasn't what we were expecting. Not much vegetation other than cactus, some of which were pretty impressive! I guess we were expecting a tropical island but found ourselves instead on a desert island. It seemed incongruous to us to be loooking at a beautiful coastline and a great blue ocean, in the same lines as we saw in Hawaii, to turn 180 degrees and see nothing but sand and cactus in the lines of Arizona. Took us awhile to get used to it. That and the wind, not a breeze, but a hot wind that blew constantly. I can see why they warn you about not getting sunburned as you don't realize how hot the sun is with the constant wind blowing to cool you off. It was refreshing--would be unbearable without it!
Today I saw my first pelican in the wild. Maybe it was a small one, but I thought they were bigger. We watched it feed, diving all the way into the water then paddling around for a bit before taking off to fly for a short time before diving again. It was impressive. We also saw lots of lizards with blue spots. Wild and very skittish, very hard to get close enough to take a good picture. The ones I did get were too grainy when cropped to show any detail of their spots.
Then we made a trip to the grocery store to pick up some breakfast, lunch and snack foods. After last night's dinner, we knew we'd need to economize on breakfasts and lunches. We were starving, not having had breakfast before we started out exploring so we stopped at a Wendy's before going to the store. The cost was very close to the same price as at home, only priced in Dutch Guilders. We also saw alot of other American restaurants: Pizza Hut, Tony Roma's Benihana, Taco Bell, Dunkin Donuts, and Subway, the last two being on the premises of this resort, along with a Baskin Robbins.
Dinner was more than a bit of a disapoinment. We went to the much touted, Driftwood Restaurant, which the chef himself is said to catch the special of the day. The service was terrible, the food overpriced and overcooked and worst of all, after spending more than $25 USD roundtrip on a taxi, so we could both enjoy rum cocktails, the drinks were lacking much rum and horribly overpriced. Unfortunately for them, Texas de Brazil is a lot to live up to in both first class wait staff and five star cuisine! 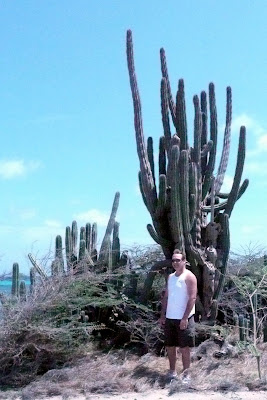 Impressive cactus! See the ocean at the left of the picture? This was just yards from the coast.
Posted by Karen at 10:10 PM